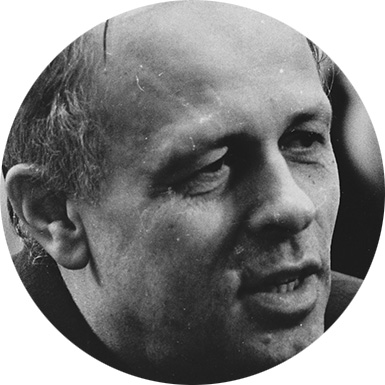 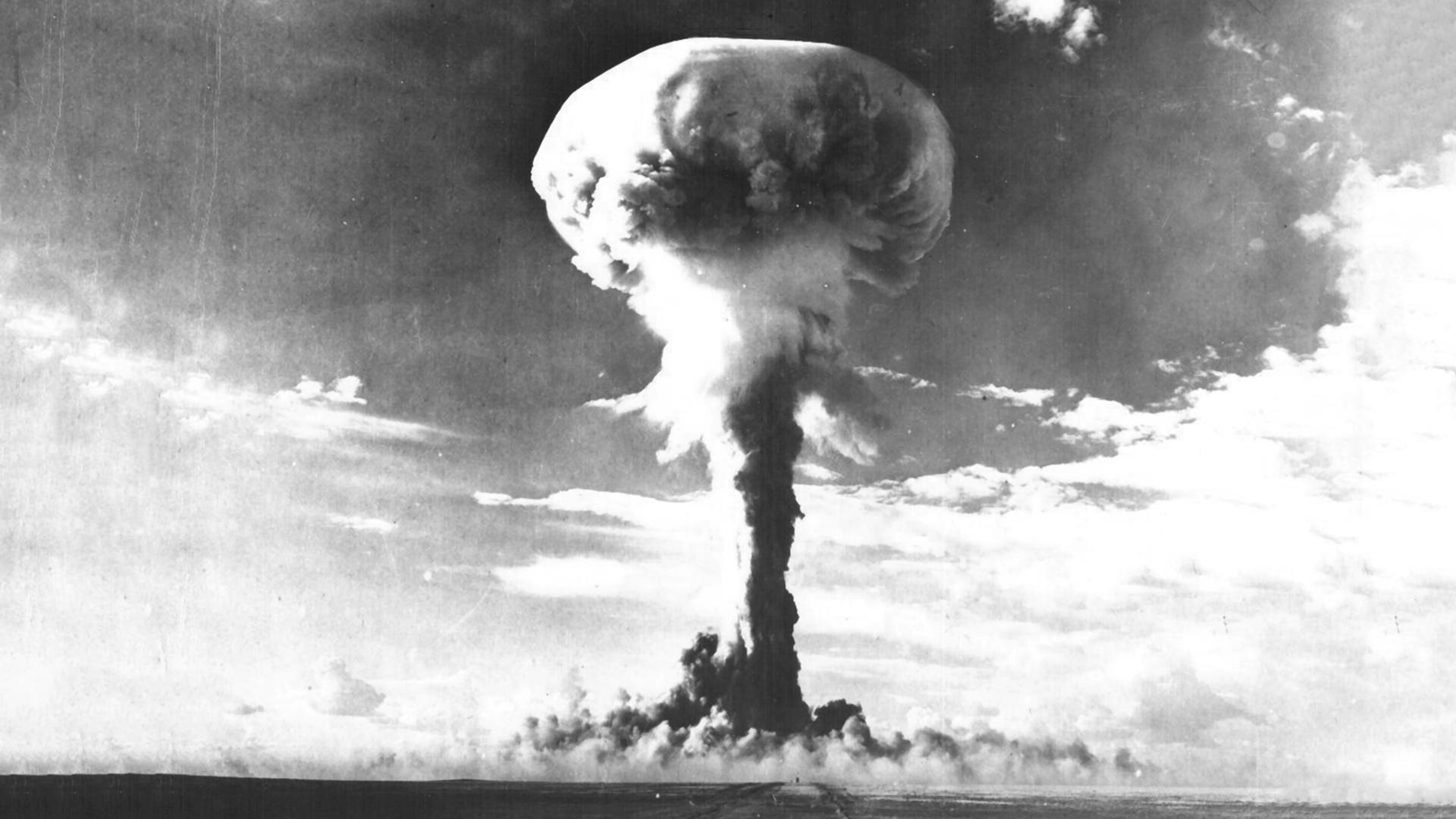 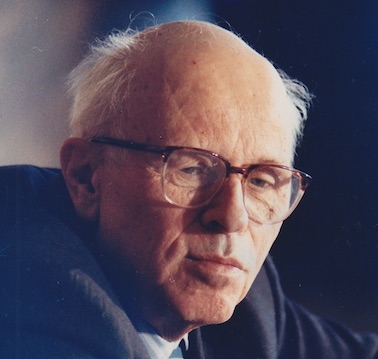 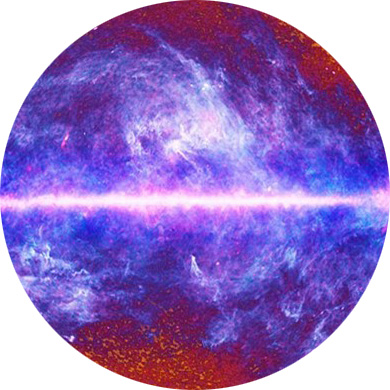 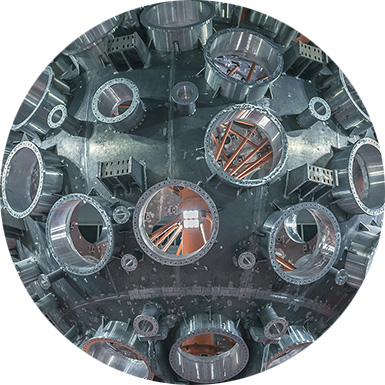 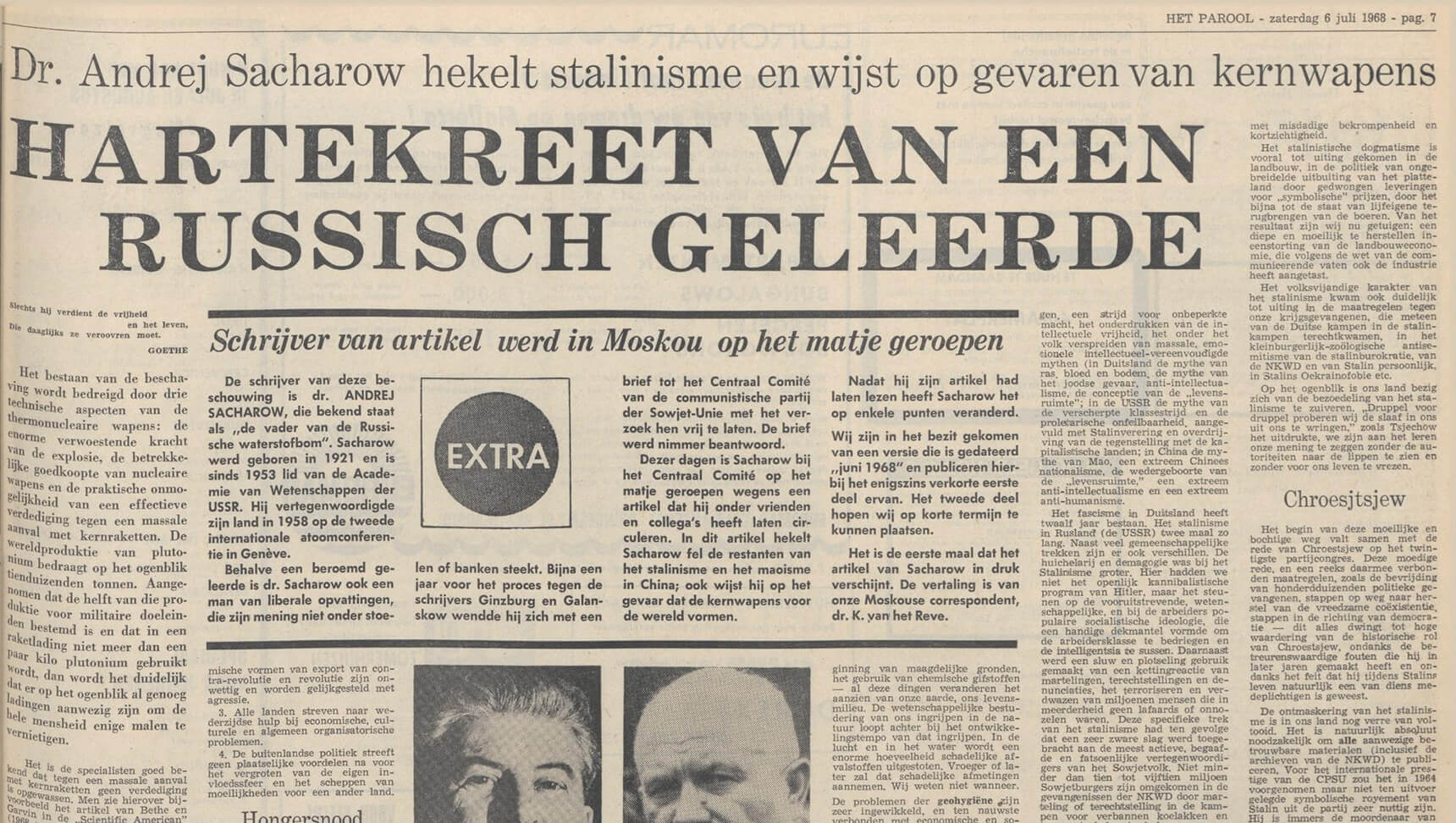 I
n the 1960s, when the Soviet human rights movement emerged and more and more writers and thinkers sought alternative ways to voice their opinions or have their literary works published, there were only limited options. It was virtually impossible to publish officially in the Soviet Union, unless the authorities themselves decided to publish a work as part of a policy of “managed freedom”¹. As an alternative, many dissident authors decided to turn to “samizdat”², and published their works themselves by typing them out on a typewriter, often with carbon paper between sheets of paper in order to create multiple copies.
No items found.
Андрей Сахаров во время второго съезда народных депутатов, 1989 год Автор: Yousuf Karsh 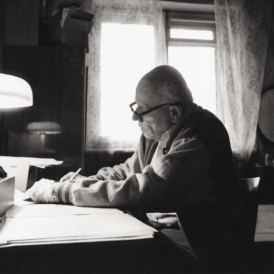 ¹ E.g. “One Day in the Life of Ivan Denisovich” by Aleksandr Solzhenitsyn or “Doctor Zhivago” by Boris Pasternak.

³ Tamizdat: a word made out of a merger of “tam” (there, meaning the West) and “izdat“ (publish).

⁶ Karel van het Reve wrote twice about his “international scoop”, once in 1975 and a second time in ...; the second article was also published in the book “Voor Sacharov”, edited by John Löwenhardt and Bart Tromp (1986).

A second possibility was to have works smuggled out of the country, published in the West and sometimes, as tamizdat³, or works published tam (“over there”), and smuggled back into the USSR. Smuggling samizdat out was a complicated matter, because Western visitors who functioned as “couriers” were often searched at customs before leaving the country, and so the most trusted avenue were diplomats or foreign correspondents, who could make use of the diplomatic pouch.

One of the most extraordinary tales of ”samizdat smuggling” concerns Sakharov’s 1968 essay “Thoughts on Progress, Peaceful Coexistence and Intellectual Freedom”. One of Sakharov’s fellow dissidents, the historian Andrei Amalrik⁴, obtained a copy and decided to try to get the text out to the West for publication. Two years earlier, two Soviet writers, Andrei Sinyavsky and Yuli Daniel, had been sentenced to seven and five years’ labor camp, respectively for publishing their works in the West under pseudonyms, and thus it was clear that following their example would not be without risk, and would likely be met with repressive measures by the authorities. Amalrik decided to turn to one of his close Western friends, Karel van het Reve, the Dutch correspondent of the newspaper Het Parool in Moscow

Van het Reve, a professor of Slavic languages, had arrived in Moscow in 1967 for a two-year stint and was one of the most fearless correspondents in Moscow. While most stayed clear from the dissident movement, Van het Reve became friends with many of them and was not shy about reporting on them in his newspaper.

After he received a copy of Sakharov’s essay from Amalrik, Van het Reve immediately realized he had something unique in his hands. Here was a prominent nuclear physicist, a member of the upper nomenklatura, or Soviet elite, who openly criticized his government and carefully outlined his vision for the future. In order to maximize the chance of the text reaching the West, Van het Reve decided to give a copy to his colleague Ray Anderson of the New York Times. Both would try to get the text out, and then publish it in their respective newspapers.

Karel van het Reve translated the text into Dutch and turned the manuscript into a two-part publication. The first part he managed to send out with a person who was apparently able to pass customs without any checking⁵. On July 6, 1968 the first half appeared in Het Parool. Realizing it was an international scoop, Het Parool’s editor in chief in Amsterdam was delighted, and immediately called Van het Reve to tell him he wanted his “sugar cake”, meaning the rest of the text. As they were in a hurry, they decided that Van het Reve would read the entire text over the telephone. Apparently, the KGB did not have a Dutch-speaking censor on hand, and thus in the course of several hours the whole text was read unobstructed, and subsequently the second part also appeared in Het Parool⁶.

Ray Anderson was less fortunate. He managed to get the text out, but his editor in New York was very hesitant. He was convinced the text was a fake and refused to publish it in the New York Times. After long deliberations, he agreed that Ray Anderson could write an article in which he summarized Sakharov’s main message. The article was published on July 11, 1968. Gradually, the editor realized that they text was real, and that indeed this prominent physicist was the author, and ten days later, on July 21, 1968 the whole text was published in the New York Times⁷.

The publication greatly upset the Soviet authorities. Sakharov was a highly respected member of the elite and although he had repeatedly voiced his concern over the development of the nuclear arsenal, nuclear proliferation, and the threat of a nuclear war, this went much further. Here was a document in which he openly criticized Soviet policy in much more extensive terms and focused on issues that in their view were none of his business. To them, Sakharov had allowed himself to take an anti-Soviet stand, which under normal conditions would have led to criminal prosecution. When the KGB found out of the existence of the essay, they demanded that Sakharov withdrew his text, which he flatly refused. Now the text was even published in the West, as was reported in a “top secret” report from TASS in The Hague, and the damage was done.

Andrei Sakharov was suddenly propelled into the position of a leading critic of the Soviet authorities. Soon, he and several dissident friends would establish the dissident group, the Committee for Human Rights, and step by step he became the main spokesperson of the human rights movement in his country, and spent most of his time defending political prisoners, holding press conferences and meetings with foreign visitors, and writing more works on Soviet policy, East-West relations, and the threat of a nuclear war.‍

The 1968 essay “Thoughts on Peace, Progress and Intellectual Freedom” by Andrei Sakharov

Among the epistolary legacy of Andrei Sakharov, his “Thoughts on Peace, Progress and Intellectual Freedom” published in samizdat in Russian and in the New York Times in English in 1968, stand out for three main reasons.

One, it was Sakharov’s first published statement that manifested a pivot from his role of a secret nuclear scientist to the number one public advocate of human rights in the Soviet Union and in the world.

Two, it is the most comprehensive expression of his scientific and humanistic view of the world and as such it represents a connection between what are often wrongly considered to be two distinctly separate parts of his life.

Three, it had an explosive impact on all thinking people in the Soviet Union, Europe and United States and was printed in 18 million copies, overtaking Agatha Christie’s novels. And as such it remains as alive and relevant now as it was then.

Sakharov’s essay was novel not only in terms of its thesis, but also in terms of his method of thinking about a world divided by the ideological rivalries of the Cold War. That method, as he states at the beginning, was formed by his scientific life, and is based on a deep and unprejudiced study of facts, theories, and views. Both as a scientist and as a humanist, he saw truth not as relative, but as an absolute category.

That “scientific approach” untainted by ideological constructions allowed him to penetrate the essence of political systems with the same precision that he penetrated physical matter. In a country whose political regime relied on lies and propaganda, his attitude toward truth was the biggest heresy of all.

The essay was a logical continuation of his activities as a nuclear scientist and inventor of the Soviet H-bomb, the deadliest weapon on the planet that was capable of wiping out human civilization several times over. The idea behind the bomb, as far as Sakharov was concerned, was to prevent a military conflict between the two superpowers by making the cost of escalation intolerably high.

Yet, the very existence of such as a weapon created risks that could only be mitigated by putting the values of human life and spirit, rather than geopolitics or ideologies, at the heart of any decision-making. This required abandoning the logic of a zero-sum game, as well as any realpolitik, and accepting the universal principle of the “rights of man” to decide their own fate and express their free will.

Sakharov’s belief in the moral imperative was engendered by the victory over fascism in Europe and the rejection of Stalinism in the Soviet Union. Like most people of his generation, Sakharov made a clear distinction between the socialist ideas of social justice and the moral importance of labor, which he subscribed to, and Stalinism, that hypocritically and demagogically used socialist ideology to perpetrate crimes comparable to the horrors of Hitlerism that engaged in an openly cannibalistic ideology. “As a consequence of this ‘specific feature’ of Stalinism, it was the Soviet people, its most active, talented and honest representatives, who suffered the most terrible blow,” Sakharov wrote.

His own ability to rise above ideologies that prescribed to people how to think meant that he was equally appalled by McCarthyism in America and the manifestation of neo-Stalinism in the Soviet Union; by the egotism and racism of white workers towards American Blacks and the egotism of the unaccountable Soviet nomenklatura, protective of its hidden privileges, and contemptuous towards a vast majority of Soviet workers.

The convergence between capitalism and socialism would be beneficial to people in both countries but must not involve a deal between the two self-interested elite groups, he argued. Market reforms and the removal of censorship in Czechoslovakia was a proof positive that such convergence was possible and desirable. His essay was an appeal to the Soviet government and to “all people of goodwill around the world”.

Sakharov underestimated the “egotism” of the Soviet managerial group that considered his idea of “convergence” with its emphasis on the transparency of distribution, market reforms and intellectual freedom a far greater and more real threat than a thermonuclear war. Two weeks after the publication of Sakharov’s essay in the New York Times, the Soviet government responded to his idea by crushing Czechoslovakian reform with tanks.

Sakharov was not naïve and never thought the process of convergence was quick or easy. In his essay he said it was likely to take about 30 years and he lived long enough to see it happen. In 1986 Mikhail Gorbachev brought Sakharov back from exile in Gorky and began to open up the country and implement Sakharov’s idea of convergence based on intellectual freedom and respect for human rights.

Russia’s current conflict with the West, its reversal to the worst Soviet practices driven largely by the egotism and corruption of the post-Soviet ruling elite, does not negate Sakharov’s ideas advocated in “Thoughts on Peace, Progress and Intellectual Freedom”. It only makes them as relevant today as they were then. Yet, 100 years after his birth, nobody embodies the idea of convergence and moral imperative as much as Sakharov himself.